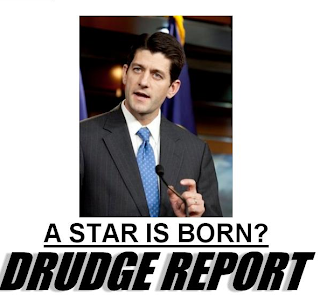 This guy Ryan really gets it.

Catholic social doctrine is indispensable for officeholders, but there’s a right way and a wrong way to understand it. The wrong way is to treat it like a party platform or a utopian plan to solve all of society’s problems. Social teaching is not the monopoly of one political party, nor is it a moral command that confuses the preferential option for the poor with a preferential option for bigger government

...Usually, there isn’t just one morally valid policy. Instead, there are better and worse ones calling for respectful dialogue and thoughtful judgment. The moral principles are dogmatic; the political responses are prudential. ...

Sure, you can disagree; but don't dress up as a Moral Authority. The questions are more complicated than the Big Spenders think they are. (Assuming that they actually think.)

...Asked about rising government debt, Pope Benedict XVI has said: “[W]e are living at the expense of future generations … in untruth. We live on the basis of appearances, and the huge debts are meanwhile treated as something that we are simply entitled to.” It is immoral for governments to make promises they cannot fulfill.

...Pope Benedict warned that solidarity without subsidiarity “gives way to paternalist social assistance that is demeaning to those in need.” Our budget gives more power over federal anti-poverty dollars to the states, directed by governors and state lawmakers who are closer to the problem...

Sounds like Ryan has talked himself around in a circle to where he can do anything he wants to do, and still call himself a good Catholic.

I bet he'll never find himself in a role like Al Smith, during hearings on safety legislation after the Triangle Shirtwaist Fire. When the manufacturers complained that the percentage of dead employees in their plants was statistically small, one of the labor reps replied "but for each one whose dead its 100%." Smith responded "That's good Catholic doctrine." Which is a nice bit of ecumenism, since many of the textile owners AND workers were Jewish. Anyway, I bet Ryan would have voted against the new safety rules, because he's against "big government."

I'm against big government too. I want to abolish practically ALL tax deductions and credits. Exempt the first $20,000 to $50,000 from tax (the lower number for single people like me), and tax the rest without loopholes, up to 50% over one million dollars. Nobody ever walked away from a second million because they would only get to spend half of it.

Paul Ryan didn't talk this way 3 years ago when he voted for TARP, auto bailouts, and to tax the AIG bonuses. His explanations are not satisfactory, but mere excuses that he lived in a "blue area".

He has a good budget bill, but corporate welfare, bills which create moral hazard, and confiscatory taxes of money the government gave in the first place are hardly in the realm of Catholic Social Justice

Agreed Matt. But he's one of the only people out there at least pointed in the right direction.

Once again Badger, it seems bizarre for someone who sincerely says he is pro-labor and pro-union to support Ryan. I'm still waiting for the Democrats to come up with a more honest and humane recognition that indeed "there ain't no such thing as a free lunch." But a typical Ryan solution is "the incredible shrinking voucher," which in ten years will get government out of providing medical care for the elderly, leaving them on their own.

It reminds me of the junk bond takeover artist who bought up the old Cannon cotton mills, bought an annuity to cover the pension obligations (which were small, but meant a lot to those who depended on them), then walked away when the provider of the annuity went broke.