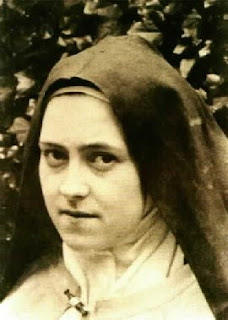 By the way, this was posted on Rorate(who have been following then Cdl. Bergoglio for some time), so please don't blow a gasket or anything for me linking to it.

I write this letter to each one of you in the four Monasteries of Buenos Aires. The Argentine people must face, in the next few weeks, a situation whose result may gravely harm the family. It is the bill on matrimony of persons of the same sex.

The identity of the family, and its survival, are in jeopardy here: father, mother, and children. The life of so many children who will be discriminated beforehand due to the lack of human maturity that God willed them to have with a father and a mother is in jeopardy. A clear rejection of the law of God, engraved in our hearts, is in jeopardy.

I recall words of Saint Thérèse when she speaks of the infirmity of her childhood. She says that the envy of the Devil tried to extort her family after her older sister joined the Carmel. Here, the envy of the Devil, through which sin entered the world, is also present, and deceitfully intends to destroy the image of God: man and woman, who receive the mandate to grow, multiply, and conquer the earth. Let us not be naive: it is not a simple political struggle; it is an intention [which is] destructive of the plan of God. It is not a mere legislative project (this is a mere instrument), but rather a "move" of the father of lies who wishes to confuse and deceive the children of God.

Jesus tells us that, in order to defend us from this lying accuser, he will send us the Spirit of Truth. Today, the Nation [patria], before this situation, needs the special assistance of the Holy Ghost that may place the light of Truth amid the shadows of error; it needs this Advocate who may defend us from the enchantment of so many sophisms with which this bill is being justified, and which confuse and deceive even people of good will.

That is why I turn to you and ask from you prayer and sacrifice, the two invincible weapons which Saint Thérèse confessed to have. Cry out to the Lord that he may send his Spirit to the Senators who are to place their votes. That they may not do it moved by error or by circumstantial matters, but rather according to what the natural law and the law of God tell them. Pray for them, for their families; that the Lord may visit, strengthen, and console them. Pray that they may do great good for the Nation.

This bill will be discussed in the Senate after July 13. Let us look towards Saint Joseph, to Mary, the Child, and let us ask with fervor that they will defend the Argentine family in this moment. Let us recall what God himself told his people in a time of great anguish: "this war is not yours, but God's". That they may succour, defend, and accompany us in this war of God.

Thank you for what you will do in this struggle for the Nation. And, please, I beg you, pray for me also. May Jesus bless you, and may the Blessed Virgin protect you.

While I'm a little nervous where things might be heading liturgically, I can definetly get behind this letter!