National Review: Wisconsin’s Shame: I Thought It Was a Home... 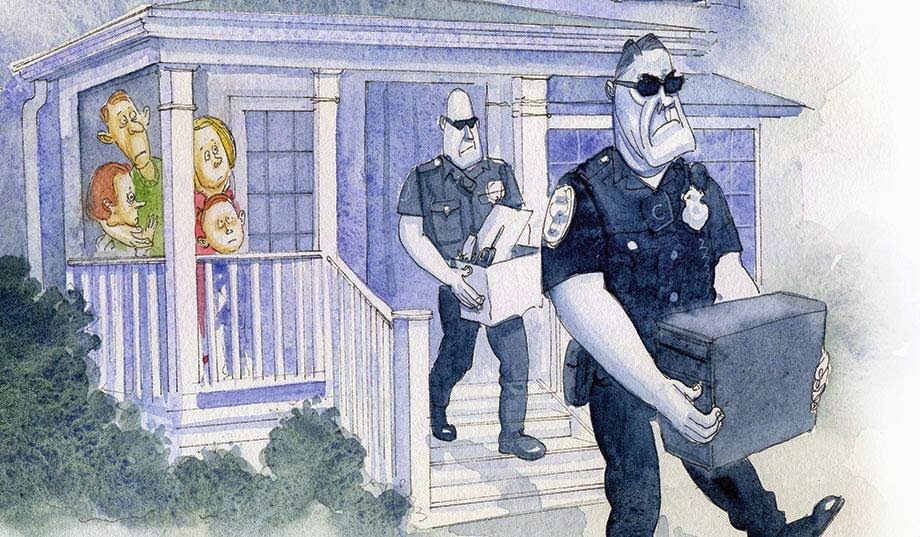 ‘THEY CAME WITH A BATTERING RAM.” Cindy Archer, one of the lead architects of Wisconsin’s Act 10 — also called the “Wisconsin Budget Repair Bill,” it limited public-employee benefits and altered collective-bargaining rules for public-employee unions — was jolted awake by yelling, loud pounding at the door, and her dogs’ frantic barking. The entire house — the windows and walls — was shaking.

She looked outside to see up to a dozen police officers, yelling to open the door. They were carrying a battering ram.

She wasn't dressed, but she started to run toward the door, her body in full view of the police. Some yelled at her to grab some clothes, others yelled for her to open the door.

“I was so afraid,” she says. “I did not know what to do.” She grabbed some clothes, opened the door, and dressed right in front of the police. The dogs were still frantic.

This is a must read, especially because the "investigation" is still being reported by major news sources as something legitimate and within the contains of the rule of law.

Update: Yikes, the belligerent judge whom authorized these terrorisms is an associate member of the School Sisters of St Francis! (Dad29)  Not surprising, she is a fan of Joan Chittister.


Barbara Kluka is a long-time associate who was born, raised, and has lived most of her life near Kenosha, Wisconsin. As a single person, she has pursued a life of quiet holiness since childhood, when she learned to play the organ and played at daily Masses and for funerals in her parish.

see my post on Judge Kluka for the REAL irony.