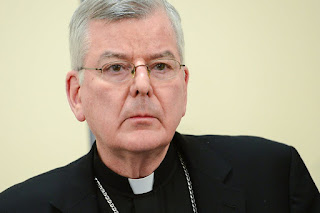 Pope Francis will convene a historic clergy sex abuse summit this month, and many Minnesota Catholics are watching to see if it tackles an issue close to home — what to do about reported misconduct by bishops.

It's an issue felt keenly in the Twin Cities, where the halted 2014 investigation into former Archbishop John Nienstedt is considered by many Catholics as a case study of all that can go wrong when the church has no clear, independent policies for investigating its top leaders.

Archbishop Bernard Hebda of the Archdiocese of St. Paul and Minneapolis is among U.S. bishops now urging the creation of a national commission, with lay members, to tackle reports of bishop wrongdoing. It could build far more public trust than what transpired in St. Paul, which hasn't been fully resolved even after four years, many Catholics say.

"I hope that what we went through in the Twin Cities shows the compelling need for reform," said Hank Shea, law professor at the University of St. Thomas and a former assistant U.S. attorney. "Those lessons should be heeded by every American archbishop and bishop to avoid their repetition elsewhere."

There are 37 U.S. bishops — living and deceased — implicated in sexual misconduct cases, either as perpetrators or as supervisors who tolerated abuse, according to Bishop Accountability, a Massachusetts-based group that tracks clergy abuse. The former U.S. Cardinal Theodore McCarrick is the most recent case.

Okay, canon law doesn't apply?  This is obviously incoherent and not meant as a serious solution, but a frustrated way of saying that civil law should be applied regardless of canonical resolutions.  Canon law does apply.  How else can the Church administer anything?  The canonical punishments must be applied as severely as is allowable on the guilty.  Any deficiencies in the 1983 revisions must also be corrected if they exist (excommunication application being foremost).  Proper application of Canon Law could have prevented more abuse from occurring.  The problem is the failure in applying proper canonical punishment when it is required.

Second, the authority by which the bishop administers the law comes from Jesus Christ which has been delegated by his Vicar on earth.  Where does US civil law draw its authority?  It is just making it up as it goes along.  Think of the absurd SCOTUS decisions which require injustice be applied.

I'm all for punishment of the guilty and appropriate reforms necessary to bring about justice, but the "simple solution" here is shortsighted.