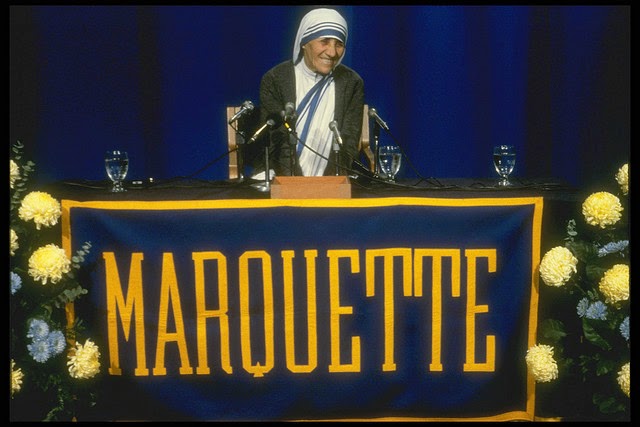 MILWAUKEE — An anti-harassment training presentation at a Catholic college encourages employees to report critics of same-sex “marriage” and could reflect recent federal decisions that the belief in marriage as a union of a man and a woman is discriminatory.

Part of the employee anti-harassment training at Marquette University includes a presentation with a comic strip-style story about a fictional employee named “Harassed Hans,” a man in a wheelchair. The training encourages Hans to report to the university human resources department his co-workers Becky and Maria, who “have been talking about their opposition to same-sex marriage” all week.

“Their co-worker Hans is offended, but he struggles with whether to report the situation,” the comic says.

“Hans is right to report Maria and Becky’s conversation,” the presentation later adds.

The presentation shares the federal government’s new understanding that beliefs about marriage as a union only of one man and one woman can be a source of discrimination and illegal harassment.

Of course, just complying with the law.  Can't take a stand on the issue.  Nothing more to see here, move along.

This is sort of like those phantom IRS threats against "political speech" in churches.  Regardless of standing policy, they cannot withstand the scrutiny of law.

Email ThisBlogThis!Share to TwitterShare to FacebookShare to Pinterest
Labels: Academic Freedom, Marquette University, The Gay Mafia, Why Catholics drink so much