PBR to return to Milwaukee 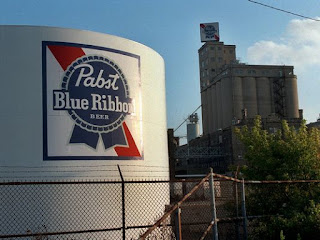 It seems not everything is out of alignment in the universe.


MILWAUKEE —Pabst Brewing Company confirms it will be part of a new project at its former brewery site.

Mike Mervis with Zilber, Ltd. told WISN 12 News' Thema Ponton the Pabst sign has now been lit in the old Methodist church the brewery bought in the 1890s. That sign has not been lit since Pabst left Milwaukee.

Mervis said Building 23, which was built as a Methodist church and once housed the Pabst Employee Training Center, will host a micro-brewery and tasting room on the ground floor, and a restaurant on the second floor.

The building is the second-oldest on the former Pabst campus.

CEO Eugene Kashper said the brewery should be operating by the summer of 2016. It will serve to experiment with former Pabst recipes that are currently out of production as well as new product ideas.

"The launch of this brewery in Pabst's original home represents a long-awaited return to our roots," Kashper said. "Milwaukee is our home."