A roundup?  It seems like it's been a while....  "Don't you want to take a leap of faith? Or become an old man, filled with regret, waiting to die alone!"


The free event that pairs sushi tasting with faith-enriching fellowship is sponsored by the Catholic Diocese of Green Bay’s Department of New Evangelization.


Reactions from parents are mixed, Reynebeau said. The school’s closing ends more than a century of Catholic education in Two Rivers.


On Tuesday, Aug. 11, the feast day of St. Philomena, Bishop William P. Callahan of La Crosse will celebrate Mass in the church at 11 a.m. Seminarians from the Diocese of La Crosse will also be present. This feast day Mass is open to everyone.
(Shrine website)


"I consistently say this: we are a very different church than we were 20 years ago," Listecki says, "and that's largely because of the awareness of the issue."

Chicago Tribune profiles the current seminarians of the Gary Diocese as they make their way to Catholic priesthood (part 1, part 2) 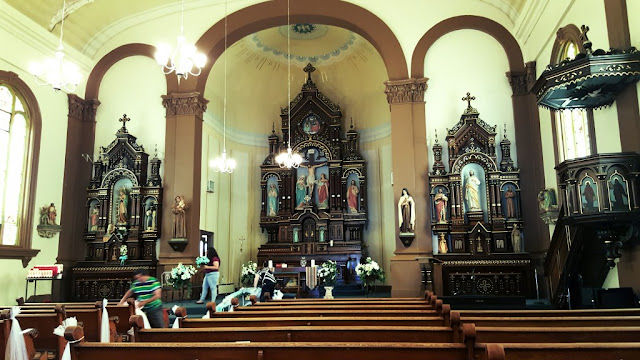 And last but first, congrats to contributor Steve (and Laura) Karlen on the birth of their daughter!
Posted by Badger Catholic at August 18, 2015

Email ThisBlogThis!Share to TwitterShare to FacebookShare to Pinterest
Labels: The Catholic Buzz