From a recent Wednesday General Audience 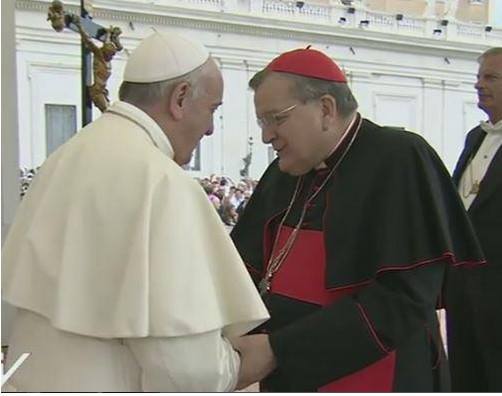 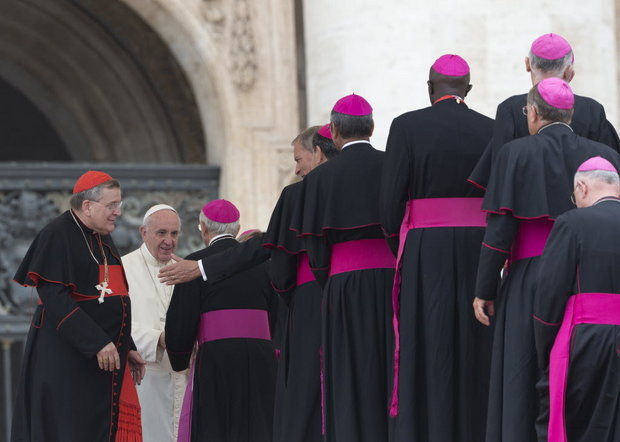 
“Everybody is free to express his opinion. That is not a problem for me,” Cardinal Walter Kasper, a German theologian who has emerged as the point man for the reformists, said in an interview published Monday in America magazine.

A day later, Cardinal Raymond Burke, an American who heads the Vatican’s highest court and a vocal exponent of the conservative camp opposing Kasper, spoke to reporters to toss back a few barbs. But he, too, praised the frankness of the exchanges.

“For everyone to simply be silent while they see things being said that are not true, how can this be construed as being charitable or being good for the church?” Burke said in a conference callfrom Rome. “So I don’t see this (debate) as being a harmful thing at all.”

That’s a big change, and apparently what Francis wanted.

Email ThisBlogThis!Share to TwitterShare to FacebookShare to Pinterest
Labels: Cardinal Raymond Burke, Philly Synod of the Family 2015, Pope Francis I

This was taken from yesterday's general audience: September 2nd.

See - Cardinal Burke and the Pope are best buds.

Note how very often the press and even good Catholics want to portray clerics, be they priest, bishops, and higher as irreparably divided into camps. I've pointed out a number of times that we don't usually think in those terms. We may not always agree with one another, we may even dislike each other's positions from time to time, but at the end of the day we are Brothers - as priests and as fellow Christians.