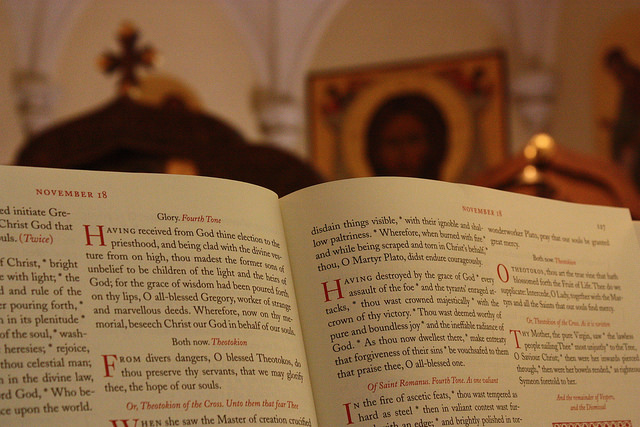 This was a great trip.  So some time ago I've set my sights on visiting Holy Resurrection Monastery.  The abbot appeared on EWTN a couple years ago, which is well worth the watch.

A friend and I drove over on a Wednesday after work, stayed all day Thursday and left the following Friday.   We arrived late, and it was dark but we knocked and Br. Isaac came to the door and let us in and showed us to our rooms.  They have I think around 20 guest rooms.  The building used to be a sort of retirement home for a religious order at one point.   Br. Isaac and all the monks were very hospitable and friendly.  However, I didn't realize the Nativity Fast (Advent) started 40 days before Christmas (this was the week before Thanksgiving).  The monks do have group guided retreats but also they support themselves by having guests stay (suggested $60/night).  So this was not part of a retreat, just a pilgrimage and a peek into the monastic life. 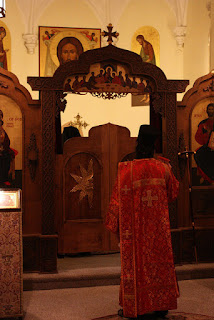 We woke up the next morning to the noise of a hammer hitting a two by four,.... which is the call to prayer.  We went down and folks, it was great.  All this emphasis in our region on "relevance" or whatever in liturgy, the liturgy is 2,000 years old, and that is the impression I was left with overwhelmingly.  The East clearly, dare I say much more so than the West, is connected to an ancient faith, not just a faith and religion that was founded by the God-Man at Calvary, but the faith that connects us to the foundation of the universe.  .... am I going a little too deep here?  Sure, but whatever...  There is no way to explain the faith to someone in the way the liturgy is able.  The ritual itself "speaks" without a need for interjection or overatures.  Over time, sure a deeper meaning is found, but this liturgy we share with the East is profound; this ritual.  One time I was at a parish where the pastor would rail against what he called "ritualism" and on the surface it seems to make sense but the concept whithers to dust under examination.  Humans are made for ritual.  We have rituals for everything in life.  It is utterly absurd to reject every ritual, unless brushing our teeth really has lost it's deeper meaning.  Ritual gives the mundane meaning.  ... Perhaps I haven't adequately expressed this thought, but I'll hop off the soapbox now.

The monks are Greek Catholic, but most of the liturgy is in English.  Although Abbot Nicholas was out of town (at the annual USCCB meeting), they arranged to have Divine Liturgy(Mass) for us as well.  Some differences, but was possible to follow along  (attending the Extraordinary Form helps build up the muscle to look for those visible or audible signposts in the liturgy).  I joked with the monks about praying for a chef-become-monk to join them(As you may know they do a monthly bake sale to help support the monastery).  We ate our meals in the cafeteria with the monks.  As some of them ate nothing but a plain potato I realized then that, yes, the Eastern Advent started already.  They were permitted to converse during some of the meals, which was great.  Oh, and another note, if you are not familiar with the Gift of Tears, if a monk falls down and weeps for his sins... he's doing it right.  Similar to the gift of tongues it is a charismatic gift of the Holy Spirit.

I go to a lot of Catholic men's conferences and things of that sort but this truly was a retreat and a pilgrimage.  Not that there's anything wrong with the conferences, but spending a day at a monastery is a traditional way to break away from the world for prayer.  Let see, what else, the chapel is beautiful, Eastern, and smallish.  I tried to get a sense in a couple of the panoramic shots.  The closeness and intimacy definitely added to the experience.  I forget which of the monks said it, but they are happy to host whole families with children in tow.  Families visit and they rather enjoy hosting them.  That surprised me but was really encouraging.

Wow, this ended up being a long post, in my typical incoherent style.  See what happens when The Germans give me a little free time.  This visit was so good it's something I plan to do annually and make it a cornerstone of my yearly prayer life.  #SaveTheMonasteriesSaveTheWorld 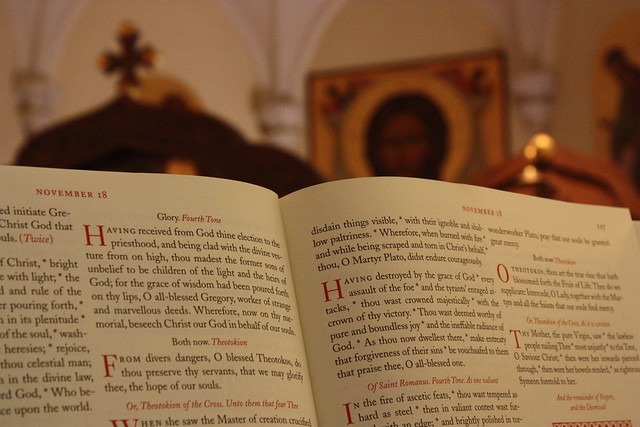