"All the kings of the earth shall adore him” 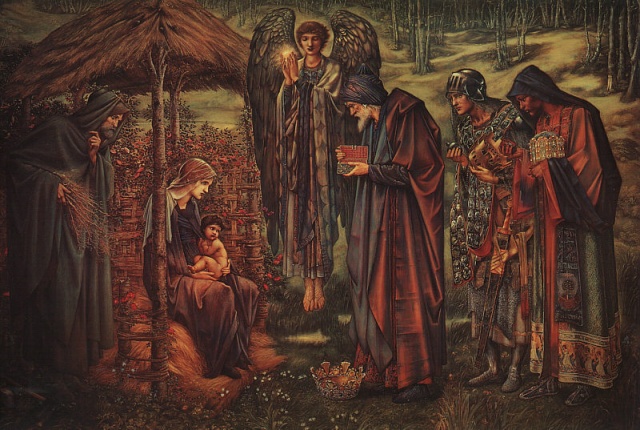 The profane Greek word magos has four different meanings. It can be a member of the Persian priestly caste, one who possesses occult knowledge or power, a magician or a charlatan. Christian tradition identifies the Magi as specially gifted Orientals who had the ability to understand the secret powers of nature. One thing is certain, they were not magicians or astrologers. From the sixth century of the Christian era, they were identified as kings. The basis for this belief is the prophesy of the psalmist who foretold, “The kings of Tharsis and the islands shall offer gifts, the kings of Arabia and Saba shall pay tribute. All the kings of the earth shall adore him” (Ps. 72:10).

Over the centuries there have been many speculations as to what kind of luminous body appeared in the sky which inspired the Magi to come to Bethlehem. After all the speculations are examined, we may safely say that the star which the Magi saw was a miraculous intervention by God. Among the Jews, the coming of the Messiah was the fulfillment of Balaam’s prophesy “a star rises out of Jacob and a scepter is lifted up from Israel” (Numbers 24:17).

What is most remarkable is that when the Magi came to Jerusalem, their arrival stirred up the whole city. King Herod was terrified when his agents warned him of these strangers from the East who were looking for another king of the Jews. By then Herod had escaped so many plots against his life that he had reason to fear. Was this a new secret rival? That is why he summoned all the princes of the priests the guardians of Jewish tradition and the Scribes, who were the authorized interpreters of Scripture. He asked them where was the expected Messiah to be born? They all replied it was in Bethlehem of Juda. As the original Hebrew foretells, “And you, Bethlehem, Ephrata, little among the clans of Juda, from you shall come forth to me the one who shall rule over Israel” (Michea 5:2).

Email ThisBlogThis!Share to TwitterShare to FacebookShare to Pinterest
Labels: Epiphany