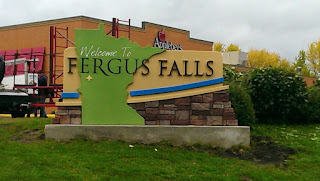 This week, the star reporter of the German magazine Der Spiegelwas fired after it was revealed that he had been fabricating stories for several years. Here, Michele Anderson and Jake Krohn expose the many inaccuracies in his article about their town, Fergus Falls, Minn.

In February 2017, my husband and I attended a concert at our local theater, and were sipping some wine in the lobby before the show started. Several people came up to us at separate times excitedly, and asked, ‘did you meet the German guy yet?!’

I hadn’t, but my spider senses perked up when I heard that he worked for Der Spiegel, a magazine based in Hamburg, and that he was writing about the state of rural America in the wake of Trump’s presidency.

I know I’m not the only rural advocate and citizen that is wary about the anthropological gaze on rural America in the wake of the 2016 elections, and has struggled with how or whether to respond to the sudden attention and questions, when before we really didn’t matter to mass media at all.

Suddenly we do matter, but only because everyone wants to be the hero pundit that cracks the code of the current rural psyche. There are only two things those writers seem to have concluded or are able to pitch to their editors  —  we are either backwards, living in the past and have our heads up our asses, or we’re like dumb, endearing animals that just need a little attention in order to keep us from eating the rest of the world alive.

It's a long read but it perfectly encapsulates the current political climate in the US and Europe.