Ed Peters: Canon 915’s moment has arrived (however excommunication is another matter) 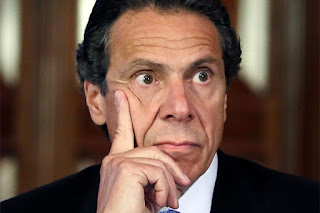 Demands, demands, that Catholic leaders do something serious to confront unbridled abortionism in the ranks of Catholic politicos are being published like I’ve never seen them urged in four decades of watching such things. To that authentic Catholic sense, right at so many levels, I give nothing but an Amen. Here’s my only concern: Catholics at various stations in the Church, most largely untrained in canon law (no shame in that, that’s what five decades of pervasive ecclesial antinomianism will get you), are making, whether they know it or not, demands for canonical actions in Cuomo’s regard, which actions might or (more likely) might not be possible under current canon law and, having missed their mark, will wrongly conclude that canon law offers no remedies in the face of Cuomo-like conduct. I refer specifically to calls for the formal excommunication of Andrew Cuomo, but the issues in this case are applicable to other cases on the near horizon.

So, first and foremost, and setting aside Richard Burton’s Abp. Becket stentoriously excommunicating enemies of the Church from the cathedral high altar, excommunication is today what it has always essentially been, a canonical penalty that can be meted out only in accord with canon law. As a canonical sanction, the application of excommunication requires, at a minimum, (1) a law in place that prohibits, under pain of excommunication, a given action, (2) accessibility to facts sufficient to demonstrate the guilt of an individual accused of doing such an act, and (3) an independent process to interpret the law and apply it correctly to the facts at hand. See Canons 18 and 221, and most of Books VI and VII of the 1983 Code.

Those who think that Andrew Cuomo should be excommunicated for signing New York’s appalling abortion law need no invitation to make their case for that canonical sanction in accord with the canon law. Thomas Becket could make his case for excommunication (the curious and Latin-literate can verify that claim by checking, say, Gasparri’s footnotes to 1917 CIC 2343 § 4, provisions that took a dim view of murdering priests). But, if moderns cannot make the case for Cuomo’s excommunication (and I, among many others trained in canon law, do not think they can), they should cease calling for the (presently) impossible and focus instead on what can (and I, along with some notable others, think should) be done in the face of a Cuomo-like affront to Church teaching and basic human dignity.

continue at In Light of the Law

The points made through this article are critical in understanding the current state of canonical penalties.  If folks want to throw around the "E" word they need to understand the context.

Also:  From Msgr Pope’s lips to the bishops’ ears