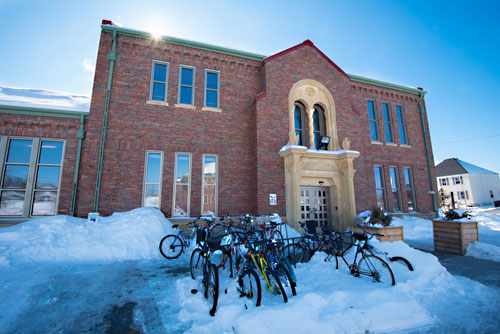 ALLOUEZ — St. John the Evangelist Homeless Shelter and the Diocese of Green Bay have agreed to end their 11-year partnership on July 1, 2019. In a letter dated March 7 and addressed to “friends of St. John’s Homeless Shelter,” diocesan and shelter officials said the decision has been in the works for more than two years.

The letter was signed by James O’Neil, SJEHS Board of Trustees chairman; Fr. John Girotti, SJEHS Board of Directors president; and Alexia Wood, SJEHS executive director.

“Beginning July 1, 2019, St. John the Evangelist Homeless Shelter, Inc., will become an independent nonprofit and no longer operate as a corporation of the Diocese of Green Bay,” stated the letter. “This transition comes after more than two years of careful planning to ensure St. John’s ministries will continue to thrive and embody the mission of Jesus by caring for those in greatest need in our community.

There's been some battling between the diocese and the city of Green Bay over this place.  I'm not sure if this move will alleviate that or improve it.  The article does a really good job of explaining the history of the shelter and is worth a look.

from 2013: "City officials in December cited the homeless shelter for exceeding occupancy limits, initiating a Municipal Court case that could result in fines of up to $500 a day against the diocese."