I had the opportunity this weekend to attend both the March for Life in Washington, DC and the West Coast Walk for Life in San Francisco. I thought I'd share some pictures of these two solemn, yet joyful, events as the nation completed its 40th year of legal abortion. 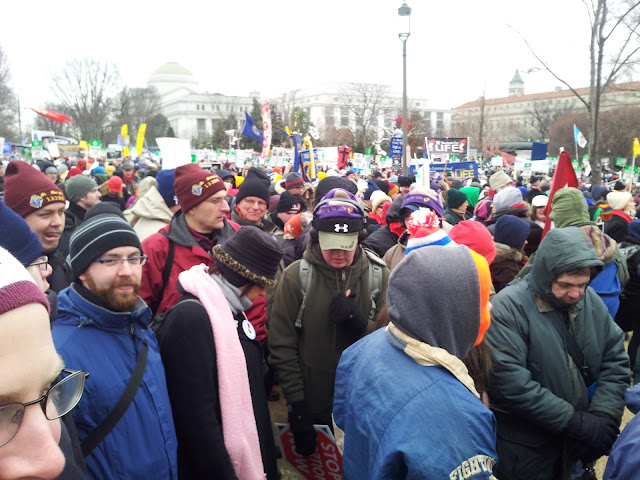 There's been a lot of speculation on how many people attended. I've heard plenty of estimates of anywhere between 500,000 and 650,000. When you're on the ground, however, the mass of humanity is so large there's really no way to accurately get a sense. 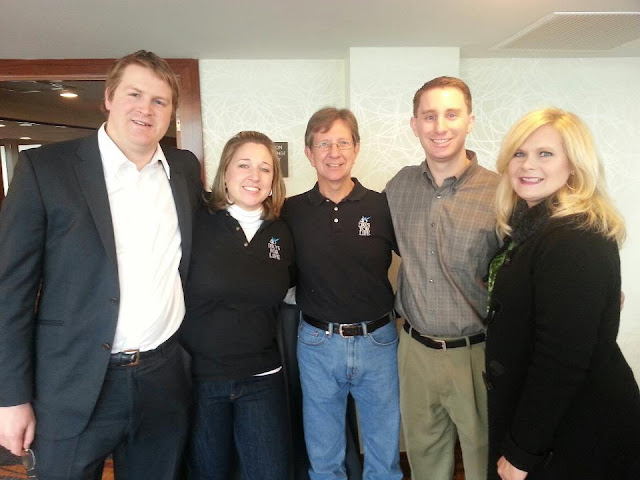 My colleagues, a board member and I pose for a picture at a signing of the new 40 Days for Life book.

The weather was cold--not as bad as back home in the Badger State, but I'm pretty sure I got windburn from a rather nasty breeze.

After the March, we headed to the airport, only to be stranded due to the weather. But Saturday morning, we were up at 4:00 a.m. and headed for the West Coast. 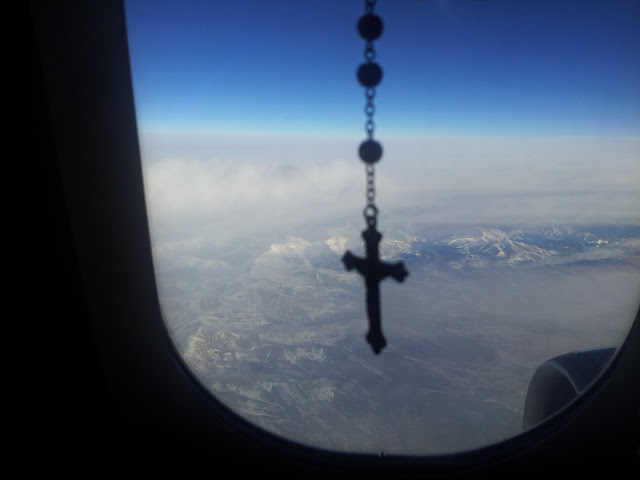 I took the opportunity to pray a Rosary 30,000 feet or so above the Rockies. Like a boss. It was also awesome to catch priests and sisters all over the airports and on our flights, knowing that we were all pilgrims going to the same place for the same purpose. There's something about the radiance of a large group of sisters all together that gets me all choked up a little bit. (Plus, nuns on a plane beat Nuns on a Bus any day.) 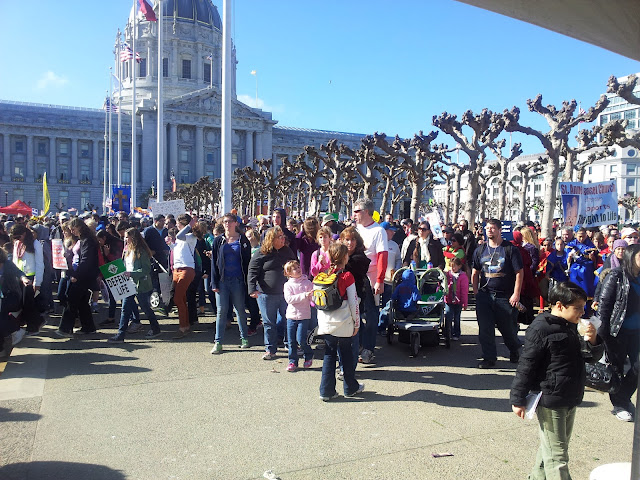 The Walk for Life in San Francisco was amazing. While the March in DC has a lot of energy, much of it seems centered on the indoor events before at after the March because--especially this year--everybody was too cold to be too excited while we were outside. A good opportunity for penance, however. That said, I did very much enjoy the dynamic that warmer weather brought to the Golden State. Furthermore, the warmer weather made it possible to host a pro-life fair before the event began. As a result people could march, but also find information to take their commitment to defending life back home. 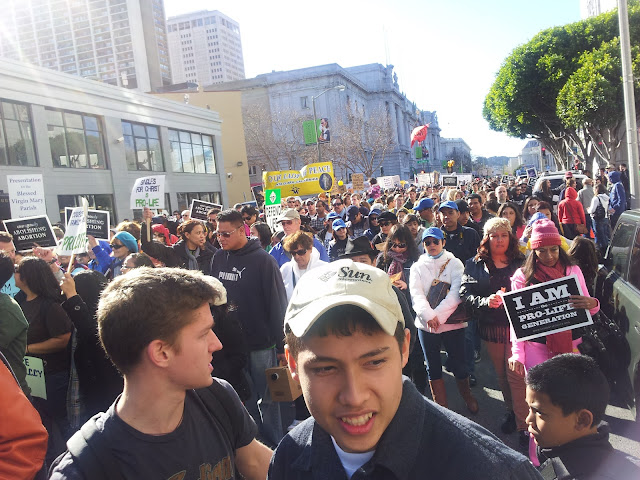 Here's a look back from my vantage point during the Walk. The crowd was very positive and high energy. There were more anti-life protesters than in Washington, but even this presence was rather small. 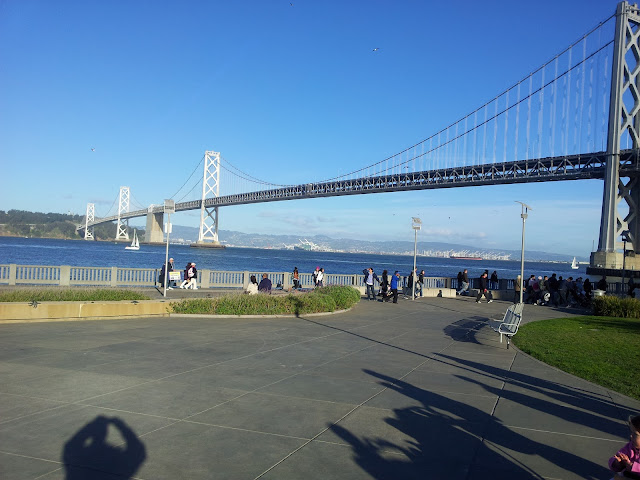 I've never been to California before, but I left with the conviction that San Francisco is the most beautiful American city I've ever seen. 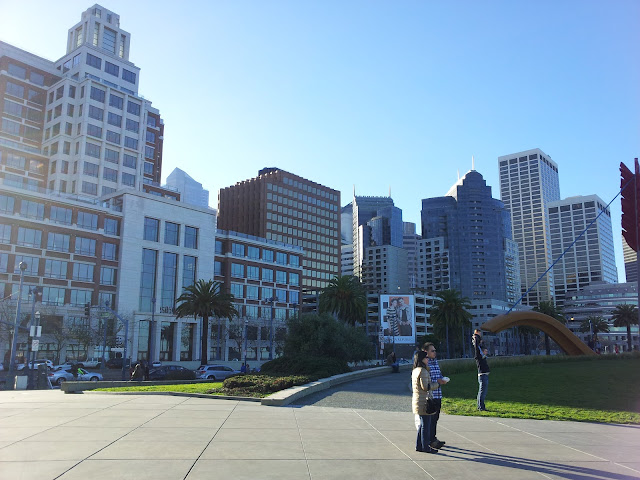 And I'm going to give it a week to sleep on it, but I might consider it as the most beautiful city in the world that I've seen. 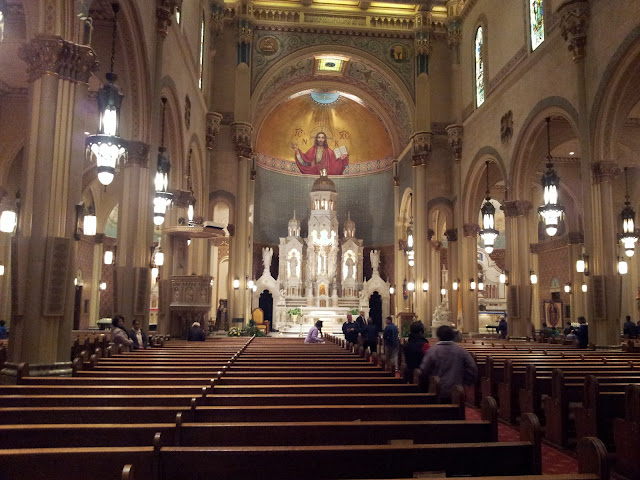 ﻿
With the Walk finished, we went to Mass at St. Peter and Paul Church in the city.

Thus concludes "Scenes from the March and Walk for Life." Please turn off all electrical devices, ensure that your seats and tray table are in their upright and locked position and stow your carry-on...Whoa. Sorry. Too much time in airports!

Email ThisBlogThis!Share to TwitterShare to FacebookShare to Pinterest
Labels: March for Life, Pro-Life

The thing that I like to see is how many young people are involved. The pro-abortion gang hates the fact that they are mostly aging while the Pro-life side has plenty of people to carry on the fight.