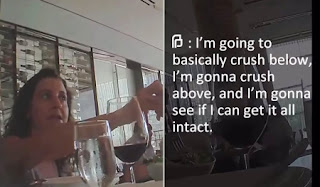 State Representatives Andre Jacque (R-DePere) and Joel Kleefisch (R-Oconomowoc) are currently circulating for co-sponsorship legislation that would ban the sale and use of aborted human fetal body parts. Representative Jacque is also circulating for co-sponsorship legislation that would continue the defunding of Planned Parenthood of Wisconsin (PPWI) that began with Governor Walker’s first budget in 2011.

LRB 1645/2 would prohibit the sale and use of aborted human fetal body parts. The bill bans persons from knowingly and for valuable consideration acquiring, receiving, or transferring a fetal body part. It also bans persons from knowingly providing, receiving, or using for experimentation a fetal body part. A fetal body part is a cell, tissue, organ, or other part of, or any material derived from any cell or tissue of, an unborn child who is aborted by an induced abortion. The legislation would also require the abortionist to determine, if medically possible, the gender of the preborn child and report it to the Department of Health Services (DHS). It also establishes new provisions on the proper disposal of aborted fetal remains, through either burial, interment, entombment, cremation, or incineration. The lack of current standard allows for disposal of fetal remains as trash or medical waste.

There is documented evidence of the UW-Madison conducting research on human fetal brain and pancreatic tissue. These preborn children did not consent to their abortions and certainly did not consent to experimentation. We expect Wisconsin’s medical research community to procure fetal tissue ethically; for example, from stillbirths or miscarriages with maternal consent.  Federal law prohibits the interstate trafficking of human fetal body parts. Wisconsin’s intrastate commercial activity must have a similar prohibition so that we can guarantee the highest ethical standards of academic research and medical care in our state.

LRB 2675/1 would reimburse Wisconsin’s Medicaid family planning providers, including PPWI, at acquisition cost, or the actual cost providers pay for contraceptive drugs under the federal 340B drug program. The bill would supplant informal agreements with DHS over the last ten years that paid Medicaid family planning providers a heavily inflated reimbursement rate for contraceptives.

Currently, PPWI and other family planning providers bill Medicaid high above what they actual pay for the heavily discounted 340B birth control drugs. The bill would curtail the exorbitant contraceptive drug reimbursement rates for PPWI and other Medicaid family planning providers. It’s bad enough that millions of taxpayer-funded family planning dollars annually subsidize chemical and surgical abortions in our state, without the “piling on” that has been occurring through insider deals struck during the Doyle administration. The bill’s common sense approach will reimburse Medicaid family planning providers what they actually pay for contraceptive drugs, nothing more and nothing less, as most states already do.  If PPWI cannot operate its clinics under this equitable payment model, then they can seek private funding. It is expected that the bill’s enactment would cut PPWI’s annual public subsidy by approximately $4.5 million.

Currently, federal Title X family planning funds are granted directly to PPWI, as they are the only applicant in Wisconsin. PPWI receives more than $3 million annually from Title X.

LRB 2674/1 would require the DHS to apply, on an annual basis, for family planning grant funds under Title X of the federal Public Health Service Act and to distribute funds received first to public entities, including state, county, and local health departments and health clinics. If any moneys remain after those distributions, DHS may then distribute grant funds to nonpublic entities that are hospitals or federally qualified health centers that provide comprehensive primary and preventive care. Under this bill, a public entity that receives family planning and preventive health services grant funds may provide some or all of the funds to other public or private entities provided that the recipient of the funds does not provide abortion services, make referrals for abortion services, or have an affiliate that provides abortion services or makes referrals for abortion services.
continue at Pro-Life Wisconsin
Posted by Badger Catholic at July 27, 2015

spreading the word to support these; made my phone calls