JS: At the time of his murder, Father Alfred Kunz was investigating sexual misconduct by priests. 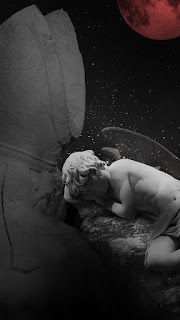 Father Alfred Kunz preached that although Jesus died for all mankind, people had to actively accept the Savior’s gift. They had to work for it, living their faith through their thoughts and actions.

Kunz’s interpretation of God’s law was far stricter than that of most Catholics.

He preached on his radio show that Jesus’ crucifixion had the power to raise you up only if you made it to church every Sunday. And respected your parents. And believed everything Jesus — speaking through Kunz and other enlightened church leaders — had to say. And refused to vote for political candidates who even tacitly approved of abortion by remaining silent on the issue. And didn’t even think about impure sexual acts.

To Kunz’s mind, a proper understanding of the Ten Commandments revealed all these rules — and more — as God’s law. Failure to follow that law, or to repent if you broke it, could result in a terrible punishment: The fires of hell.

Abp Williamson even offering opinions?  It just gets wilder and wilder.

"Madison Bishop William Bullock, who served from 1993 to 2003, reportedly told him flat out: “You’re never leaving Dane.” " Bullock was the Bishop I spoke to about Courage in StP-MPLS, explaining we needed a chapter here because many gay priests were telling men struggling with SSA were not committing sins and that they should accept themselves, find a partner and settle down. He interrupted me and said, "Gay priests? I'm not aware of any gay priests." It was then, way back when, that I figured it out.

Fascinating... The more the details come out I can see why police had such a hard time narrowing down the suspects.

So, what does the nonsense in Necedah have to do with anything? This writer just lost a whole lot of credibility.