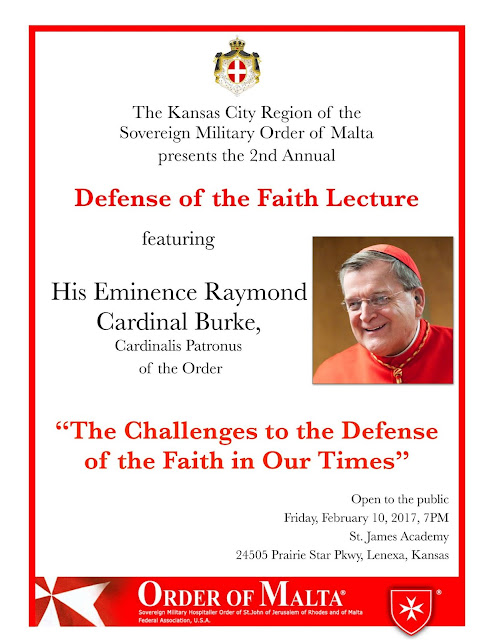 Unfortunately, though Cardinal Burke will appear, only the new papal delegate to Malta will be allowed to speak.

Is it true that C. Burke is going to speak in Latin and face away from the people?

Maybe Cardinal Burke will say something? Like, I'm still in charge. I'm serious - maybe he will clear up the confusion, because I'm sure the Pope hasn't replaced him, but just sent some reinforcements. We're dealing with Masons here.

Cardinal Burke spoke in the language of The Church and faced God.

I would of loved to have attened. How can I get a schedule for his up coming Masses or conferences?