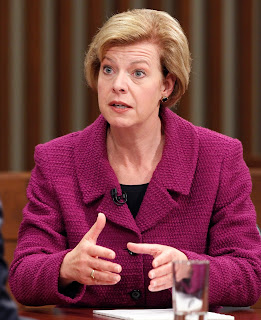 WAUKESHA, Wis. – When Vice President Mike Pence cast the tie-breaking vote Tuesday to approve the appointment of Betsy DeVos as the nation’s education secretary, school choice supporters in Wisconsin cheered the news while opponents said they would keep watch on DeVos.

“No child, regardless of background or ZIP code, should be denied the opportunity to receive a first-rate education,” the Oshkosh Republican said. “I appreciate Ms. DeVos’ commitment to providing families with options for their children’s education…”

At the time of her nomination, DeVos was chairman of the American Federation for Children, a national school choice advocacy group, and a philanthropist who had been active in the school choice and charter school movements. Already targeted by teachers unions afraid of her support for education reform, a rocky confirmation hearing gave Democrats hope of blocking her confirmation. But only two Republicans, Sens. Lisa Murkowski of Alaska, and Susan Collins of Maine, voted against DeVos. With the vote evenly split 50-50, Pence cast the deciding vote in her favor.

Which begs the question, who is running against Tammy Baldwin in 2018?  I'm rooting for Sean Duffy.
Posted by Badger Catholic at February 08, 2017

I'm really surprised but thrilled about the Devo appointment! My favorite album of theirs is Freedom Of Choice. Whip it good. Now whip it Into shape, shape it up, get straight, go forward, move ahead ...

It's decisive and powerful.

So is Sean Duffy.