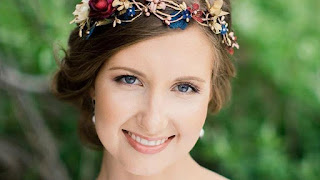 MONROE COUNTY, Mo. - The Missouri State Highway Patrol is asking the public for help finding a St. Louis woman whose vehicle was found in Monroe County.

A state park ranger found 23-year-old Rafaella Maria Stroik's unattended vehicle Monday in the Highway 107 boat ramp parking lot of Mark Twain Lake State Park, the patrol's Troop B said in a news release. No missing person report had been filed and the vehicle was still there Tuesday, the release said.

Troopers and park rangers then determined Stroik was missing. A missing person report was then filed and authorities are searching the area around the boat ramp, the release said.

Duncan Stroik has been involved with many projects through the upper midwest, including the Guadalupe Shrine in La Crosse.  He is also Professor of Architecture at the University of Notre Dame.


The body of a missing St. Louis ballet dancer was found Wednesday morning in a rural Missouri Lake.

I'm told there will be a Mass at the St. Louis Cathedral this afternoon at 2pm CST.

We just finished talking to the MSHP who tell us the body of St. Louis ballerina, 23-year-old Raffaella M. Stroik, was found here in Mark Twain Lake. No foul play is suspected. An autopsy will be done tomorrow. @ksdknews pic.twitter.com/q3KtGvWrBP
— Rachel Menitoff (@RachelMenitoff) November 14, 2018