A live look at the continued celebration in Madison:

The collective exhale could be heard across the US.  The replacement for Bishop Morlino is a perfect fit.  Outside the three audacious appointments in the US (Cupich, Tobin, McElroy), it seems that Pope Francis has agreed to appoint from the recommendations delivered to him, resulting in some actually pretty boring assignments.  So sure, there's an effort to stack the college beyond the point of reason, however, many middle of nowhere US dioceses have been permitted to work unmolested.

Bishop Hying is a perfect blend of a hands on pastor and a leader faithful to the teachings of the Catholic Church.  However big projects loom in Madison, the Cathedral for one, or the more under the radar projects like the Benedictines of Mary Queen of Apostles move to the diocese, which I've been told was put on hold after the death of Bishop Morlino.  I think Hying will be up to the challenge, but a great pastor also needs to be a great administrator and the legion number of fantastic projects in the Madison Diocese is a tall task.

On to the news.


Donald Hying, a West Allis native who grew up in New Berlin, has been named by Pope Francis as bishop of the Diocese of Madison.

He will lead roughly 280,000 Catholics spread over 104 parishes in southwest Wisconsin. Hying will become the fifth bishop of Madison, replacing Bishop Robert Morlino, who died at age 71 in November.

Hying, 55, holds a bachelor’s degree in history, philosophy and theology from Marquette University and a master’s of divinity degree from St. Francis de Sales Seminary. He is fluent in English and Spanish.

When Bishop Hying was appointed to the Diocese of Gary in 2015, the Chicago Tribune had a fantastic writeup on him. I highly recommend it:  New Catholic Bishop brings ancient rituals, contemporary spirit


Milwaukee's loss is the gain of Northwest Indiana Catholics who number roughly 180,000 strong, at least on paper. Getting them into church is something else. Then again, his down to earth personality has already converted one agnostic columnist into attending a recent Mass.

"It's not me. I'm a nobody, really," Hying told me after speaking to a theology class at Valparaiso University, where he arrived in his VW Beetle.


David just made a new “stemma” for the new Bishop of Madison, Most. Rev. Donald J. Hying. He confirmed to me the other day that he would not change his personal arms or motto with his translation from Gary to Madison.

Here is the new stemma.

Congratulations to the Most Rev. Donald Hying on his appointment to become the fifth bishop of Madison! I look forward to our work together as part of the Wisconsin Catholic Conference and will keep you in my prayers during this time of transition.
— Bishop David Ricken (@BpDavidRicken) April 25, 2019


Prior to the appointments, here's a few tidbits on Bishop Hying:

Bp. Hying opens new apostolate of the Institute of Christ the King in Gary Diocese 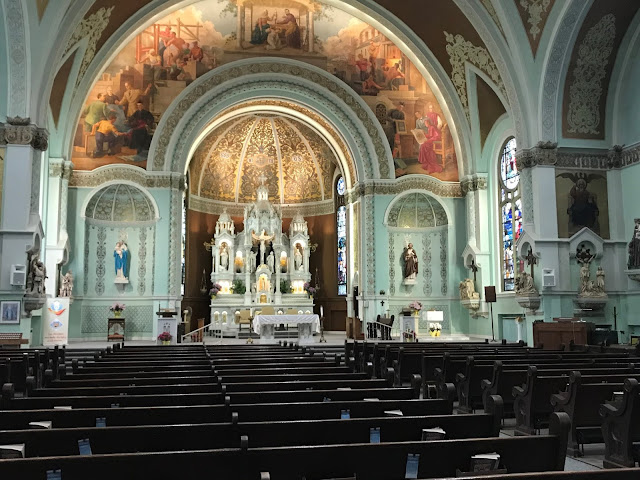 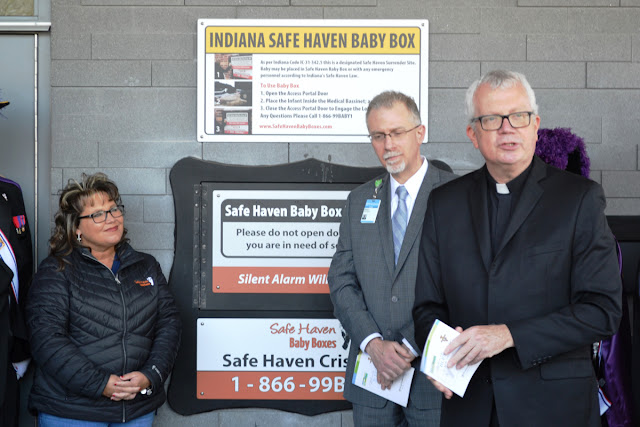 A device for new mothers in crisis, born out of one woman’s experience as an abandoned infant, is now available at Franciscan Health Michigan City, as the Safe Haven Baby Box received its formal blessing on Tuesday.

“We are here to acknowledge that every child is beloved of God,” said the Most Rev. Donald Hying, bishop of the Diocese of Gary, during the ceremony.

“We’re pleased to offer this new service to our community, a service that demonstrates one of our core values: respect for life,” said Franciscan Health President/CEO Dean Mazzoni.


On a cold, gray morning last March, Bishop Donald J. Hying prayed with a group of people outside a Milwaukee abortion clinic. Praying at abortion facilities is something he has done for more than 20 years, but it was that day’s experience that he shared as a guest blogger on the Archdiocese of Milwaukee Web site, www.archmil.org.

"We now have at least two full generations of Catholics who do not know the basics of the faith and who have abandoned the practice of it in droves."


Last year, the Gary Diocese released a list of 10 priests it found with “credible” accusations. Many were publicly known since the early 2000s. At least two others who served in the diocese at one time emerged from lists in other states.

The Rome summit “builds on the positive work done here in the United States regarding the protection of minors from sexual abuse,” Gary Diocese Bishop Donald Hying said in a statement.

“We need to continue to respond with consistent compassion to the victims of sexual abuse by clergy from past decades and now we also need to be aware of abusive relationships between clergy and adults,” he said.

“Here in the Gary Diocese we remain committed to helping victims of sexual abuse, whether it be by clergy or anyone else, and maintain a safe environment for all of our people, especially our precious children.”

Love that GIF! Thanks for the round up!