Wisconsin Department of Health Services reporting abortions down 10% in 2014

The Wisconsin health department released new abortion numbers today and they provide additional evidence that cutting taxpayer funding to Planned Parenthood and enacting additional pro-life laws saves unborn babies from abortion. Specifically, 662 babies were saved from abortions in the latest year for which abortion data is available compared with the year before.

The newly released Department of Health Services Reported Induced Abortions in Wisconsin report shows there were 6,462 abortions performed in 2013 and 5,800 in 2014.

That's a large loss of "product" to the abortion profiteers. 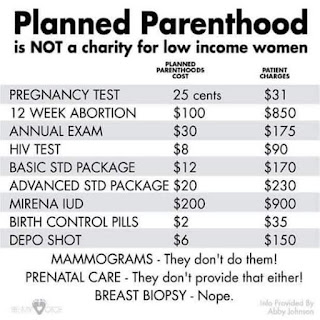