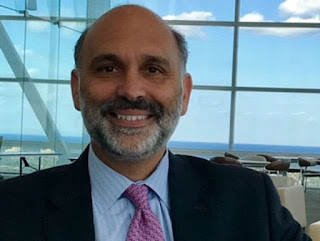 First reported by WISN’s Mark Belling on Tuesday, respected Milwaukee attorney Gordon Giampietro will not be among the impressive group of legal minds elevated to the federal bench by President Donald Trump.

That truly unfortunate news reflects an apparent decision by Senator Lindsay Graham (R-SC) not to challenge Senator Tammy Baldwin’s belated, 11th-hour use of a religious test to block Giampietro. As a result, according to my sources, the White House reluctantly has decided not to renominate Giampietro to replace the late Judge Rudolph Randa. Giampietro’s nomination expired at the end of the last session of Congress.

I recently described Baldwin’s flip-flop after initially submitting Giampietro’s name, along with Senator Ron Johnson, to Trump. Baldwin’s phony claim that Giampietro didn’t make proper disclosures was a fig leaf. The real reason was revealed when none other than a Baldwin appointee to Wisconsin’s judicial nominating commission publicly accused Giampietro of “bigoted” views, views that in fact represent orthodox Catholic teaching.

Continue to read the rest.  Gordon was also instrumental in his work (pro bono) in the widely acclaimed Milwaukee School Choice Program.